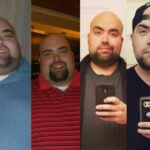 Josh Ellinger has always been “the big guy.”

Towering at 6’-3” and 640 pounds at his heaviest Josh sometimes had his first name replaced simply with “Big E” in high school. When a slightly svelter, but still large 525 pound “Big E” found his way onto the Rock 92 morning show in Greensboro, NC the radio station riffed off his teenage nickname, and “Biggie” was born.

Lately, though this “big guy” has been dropping some big numbers in unexpected ways.

Biggie lost over 293 pounds on Plan Z…and is still losing. Biggie’s drastic transformation ranks him as one of the top losers (or should we say winners) on the Plan Z Diet.

“I was shocked myself,” said Biggie. “Being a guy who has tried literally every other diet out there I’ve never lost as much weight as I did on Plan Z.”

Biggie lost weight daily — sometimes up to three pounds. “It’s a motivational factor to see that each day,” said Biggie. “I got more and more excited about how much I was losing.”

Biggie wasn’t the only one jazzed about his falling numbers on the scale. Dave Aiken, a long-time friend, and coworker noticed a lot of changes in Biggie while on Plan Z. “I’m happy for Biggie mainly for his own well-being and health. He breathes better and moves better. Both physically and I believe mentally he is a happier person. His attitude to many things in life has changed and he seems more outgoing and willing to do things he wouldn’t previously do,” said Aiken.

The extreme weight loss has affected Biggie in every aspect of his life from his physical appearance to his improved blood pressure; he’s even been able to buy a new car.

“I always joke if I keep losing weight I’m scared to see what my legs look like because my leg muscles are so big. They’ve been carrying around all that weight for years.”

A self-proclaimed “truck guy” previous to Plan Z, Biggie solely drove trucks because they were the only vehicles that comfortably fit him. He simply couldn’t squeeze into a standard car. Now the proud owner of a new Dodge Challenger, Biggie’s most recent purchase has been the first car he’s bought in 14 years.

“[Buying a new car] really was a thrilling experience for me because losing the weight has opened up a whole new world for me that I’d forgotten about,” said Biggie.

It’s a world that has included not only a new car but also a new wardrobe. Biggie dropped twelve pants sizes while on Plan Z. Because Biggie always gained the weight back on other diets he never threw out any of his clothes. For the first time ever Biggie donated six pairs of pants from his closet, explaining, “I’m never going back.” 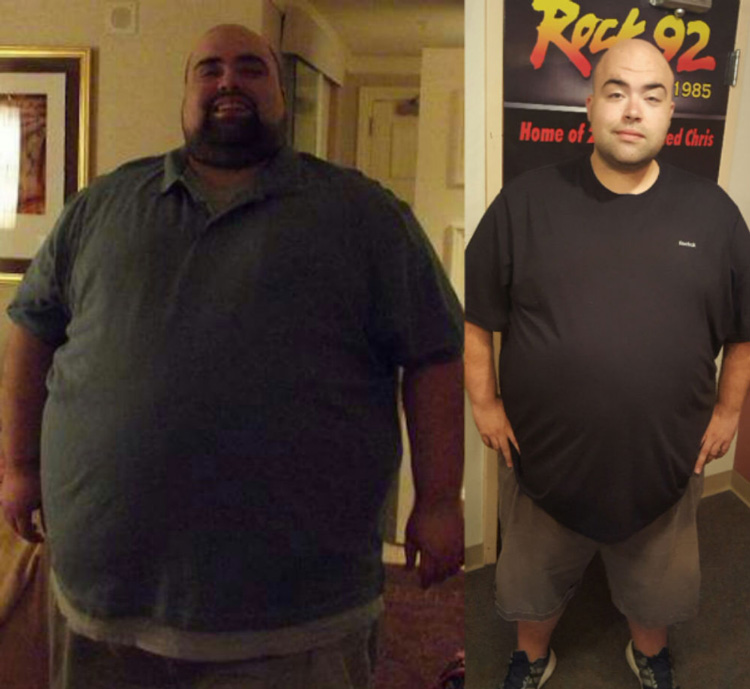 CLICK ON THE PLAY BUTTON ABOVE TO HEAR BIGGIE TALK ABOUT HOW PLAN Z IMPROVED HIS HEALTH (RECORDED AFTER BIGGIE LOST HIS FIRST 55 POUNDS ON PLAN Z):

Now at 232 pounds, Biggie’s gained confidence not only from his incredible weight loss but from his ability to keep the heftiness off.

After his amazing 293 pound reformation, Biggie hasn’t gained back one single pound.

Previously, a serial dieter, Biggie said that Plan Z has succeeded him where other diets failed—by helping him maintain.

Aiken can attest to Plan Z’s effectiveness. He has seen Biggie yo-yo through many other diets. The difference with Plan Z has been huge. “He doesn’t moan and groan about being on a plan with Plan Z,” said Aiken. “He shows promise and is excited that it is working. He has now lost enough that he has even more drive to get to his goal and maintain.”

Even though Biggie lost weight on other plans such as Atkins, Weight Watchers, South Beach, and Slim Fast he always ballooned back up. Plan Z helped him preserve the pounds lost by actually teaching him what foods to eat and which to avoid. “Plan Z helps teach you how to eat after the diet, too, to help maintain the weight loss,” said Biggie.

THE KNOWLEDGE OF NUTRITION 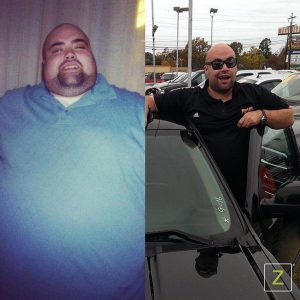 “Get ready to un-learn everything you’ve been told by other diets. Be ready to learn the correct way to eat.”

Biggie explains that he used to eat foods he thought were healthy. A big consumer of low-fat products, Biggie never realized how dangerous those self-proclaimed “healthy” items were to his weight loss.

“[You think] low-fat and you think healthy, but what you don’t know is all the additives and preservatives that are there…to try and make [the product] taste better,” said Biggie.

Now, when Biggie visits the grocery store he reads the ingredients label of the products he buys and avoids certain aisles entirely. And surprisingly, Biggie hasn’t missed the foods he’s given up. Replacing processed items with lean proteins and fresh fruits and vegetables—staple foods of the Plan Z pantry—has proven nutritious and delicious.

Biggie hasn’t only been impressed with the knowledge he’s gained from Plan Z, but he has been amazed at the delicious food he has been able to eat while dieting. “I never felt like I was truly dieting because everything I would eat tasted great…I never got frustrated where I would with other diets because I was consistently losing weight and I was consistently eating good food.” 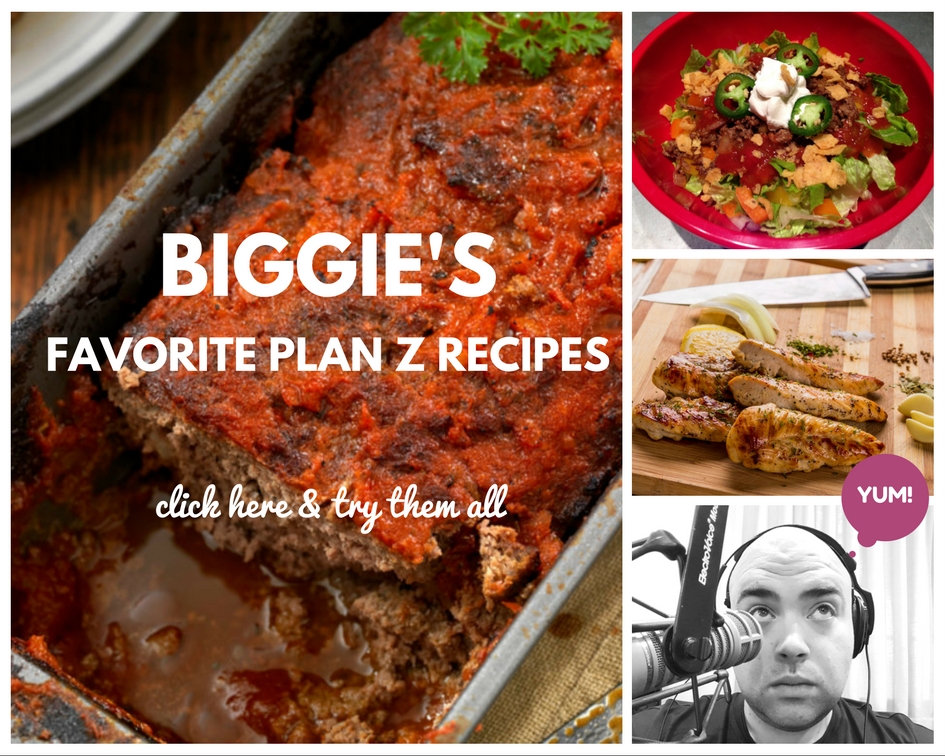 With access to hundreds of recipes on the Plan Z website, Biggie said there wasn’t one recipe he tried that he didn’t make again. His favorites included Zola’s Creole Meatloaf (which became a favorite for his mom as well), and Zola’s Ranch Chicken. This particular chicken dish proved so tasty that Biggie would make the recipe for dinner and use the leftovers for lunch the next day. Meticulously mapping out all of his meals, Biggie used this key strategy that many successful Plan Z dieters use.

“When you start taking control, cooking your own food and developing your own favorite recipes you’re describing a strategy that our most successful dieters use, which is having the next meal planned,” said Chris, “It’s a very important strategy for people because it is so easy to forget and then grab something not allowed and then get frustrated because your weight loss stalls.”

Biggie didn’t allow his weight loss to stall during his first successful round of Plan Z, and he has no intentions of slowing down as he begins his second round. With an original goal weight of 350 pounds, Biggie now sees no number as too small. He has set his sights on dropping into the 200-pound range. “I’m not going to stop. I’m going to go as low as I can. Now that I’ve been losing the weight I’m so confident that the sky’s the limit for me.”