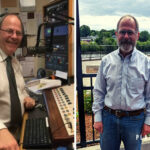 “Really the diet has helped so much. It’s educated me. The spray has been fantastic.”

Along with feeling lighter, Win is also eating smarter.  He told us, “The whole diet taught me how to eat.” Win learned all the ways sugar can hide in ingredient labels and once he started paying attention to ingredient labels, he realized sugar was everywhere. It’s shocking to learn that most of processed foods are made from wheat, corn sugar and soy.

He provides a few more great tips in his interview too. Have a listen below.